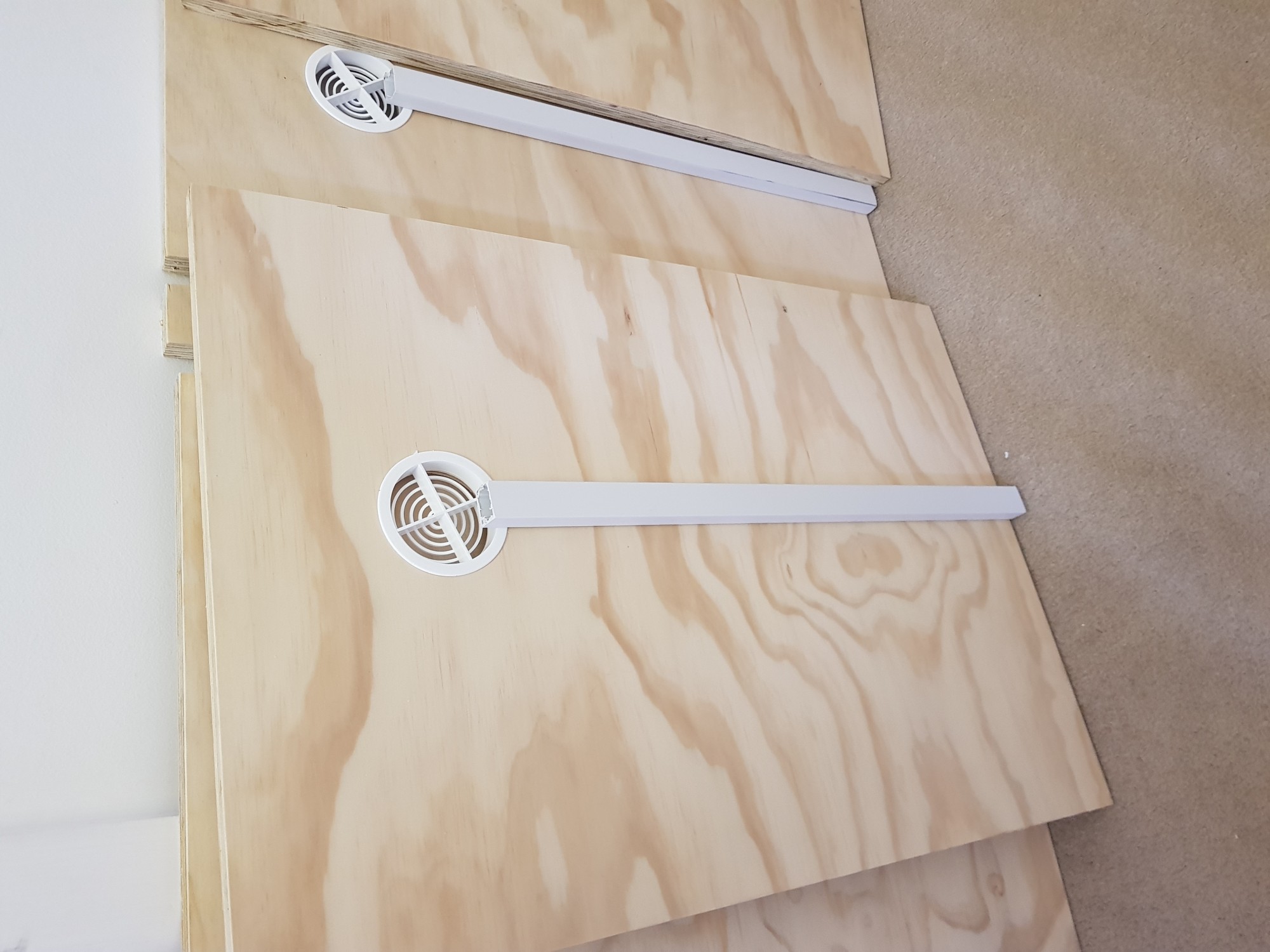 I live in a 1930s house. I love the high ceilings, the large rooms and the fact that it has a chimney for a log burner (specials occasions only!)

The house is much longer than it is wide and faces West. Meaning I have a long ‘north/cold wall’ that doesn’t get any sun.

I also live near the sea, which means the humidity is always a bit higher than inland.

All of these things combined seem to generate mould that I feel I’m in an almost constant battle with.

A few weekends back we noticed quite a lot of it in our recently refitted airing cupboard :-(

I don’t think it’s entirely the houses fault. I expect a combination of packing the cupboard full of sheets and not making sure those sheets are fully dry, was the catalyst.

So after several weeks of washing everything that was in the cupboard and jamming it into my office, it was time to try and make sure it didn’t happen again.

My plan was pretty simple. Ensure as much airflow as possible and see if I could get a dehumidifier in there too (it already had sockets).

For each shelf I installed an air vent and a piece of conduit to try to always allow air to circulate, regardless of how full the shelf got.

I also painted the inside of the cupboard in bathroom paint (with anti mould stuff in it), which apart from being absorbed massively by the ply, went on just fine.

I even found a mini dehumidifier to fit in there too! Paired with a wi-fi smart plug to make sure it only runs in the daytime :-)

And there were have it, a finished, hopefully mould proof, airing cupboard!

I also used some vacuum bags to store our spare duvets which saved loads of room.

As you can see some vents are at the front, this is due to not paying enough attention to the shelves and not noticing that they were not square, but trapezoid :-\

Anyway, hopefully that’ll keep the mould at bay for a while.